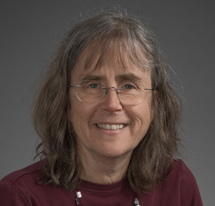 Professor Diane Morrison’s research interests focus on sexuality, attitudes and behavior, and health-related decision making. Completed research projects include studies of condom use among individuals at high risk for STIs and HIV/AIDS; longitudinal research on the life careers of young mothers; longitudinal research on children and adolescents’ understanding of health concepts, and the relationship of early knowledge and attitudes to subsequent health behaviors (including condom use and substance use); development and testing of interventions to increase condom use among adolescents, and to increase communication between adolescents and their parents; diary studies of the relationship between intoxication and condom use; and surveys of LBTQ and questioning adolescents. She is currently leading an NICHD-funded  study of young men’s beliefs and behaviors about sex and relationships with women, and collaborates on others’ projects in the SSW and at the UW’s Alcohol and Drug Abuse Institute.

Dr. Morrison came to the School of Social Work in 1988. During that time, she has been heavily involved in the research mission of the School, and has directed or collaborated on 25 funded projects.  In the doctoral program, she has taught research methods, statistics, measurement and questionnaire development, and the advanced professional seminar. Beginning in the 2011-2012 academic year, she served as the director of the School’s doctoral program until her retirement.

Among the national and international organizations to which Dr. Morrison belongs are the Society for Social Work and Research,  the European Health Psychology Society, the Society for the Scientific Study of Sex , the International Academy of Sex Research, and American Association of University Professors.  At the UW, she is an affiliate faculty member in the Department of Psychology, the Center for Studies in Demography and Ecology, the Center for Statistics and the Social Sciences, and the Center for AIDS Research, and the Harry Bridges Center for Labor Studies.