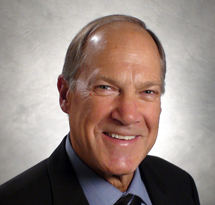 Dr. J. David Hawkins is the Endowed Professor of Prevention Emeritus and Founding Director of the Social Development Research Group. He received his BA in 1967 from Stanford University and his PhD in Sociology from Northwestern University in 1975. His research focuses on understanding and preventing child and adolescent health and behavior problems. He seeks to identify risk and protective factors for health and behavior problems across multiple domains; to understand how these factors interact in the development of healthy behavior and the prevention of problem behaviors. He develops and tests prevention strategies which seek to reduce risk through the enhancement of strengths and protective factors in families, schools, and communities.

He is principal investigator of the Community Youth Development Study, a randomized field experiment involving 24 communities across seven states testing the effectiveness of the Communities That Care prevention system developed by Hawkins and Richard F. Catalano. He has authored numerous articles and several books as well as prevention programs for parents and families, including Guiding Good Choices, Parents Who Care, and Supporting School Success. His prevention work is guided by the social development model, his theory of human behavior.

Dr. Hawkins is a current member of the Institute of Medicine’s Board on Children, Youth and Families, a past  President of the Society for Prevention Research, has served as a member of the National Institute on Drug Abuse’s Epidemiology, Prevention and Services Research Review Committee, the Office for Substance Abuse Prevention’s National Advisory Committee, the National Institutes of Health’s Study Section for Community Prevention and Control, the Department of Education’s Safe, Disciplined, Drug-Free Schools Expert Panel, and the Washington State Governor’s Substance Abuse Prevention Committee. He is a member of the Editorial Board of Prevention Science. He is listed in Who’s Who in Science and Engineering, was awarded the 2009 Flynn Prize for Research from the USC School of Social Work, the 1999 Prevention Science Award from the Society for Prevention Research, 1999 August Vollmer Award from the American Society of Criminology, and the 2003 Paul Tappan Award from the Western Society of Criminology. He is a Fellow of the American Society of Criminology, the Academy of Experimental Criminology, and the American Academy of Social Work and Social Welfare. He is committed to translating research into effective practice and policy to improve adolescent health and development.