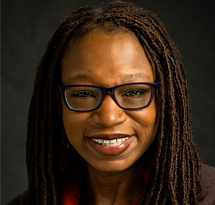 Since 2002, Zynovia Hetherington, associate teaching professor, has been director of the Child Welfare Training and Advancement Program at the School of Social Work. In that capacity, she oversees CWTAP’s multi-million-dollar budget and manages a team of six faculty and four administrative staff. In 2018, the CWTAP team received the School’s Martin Luther King Jr. Community Service Recognition Award.

Hetherington has been the owner and lead trainer of Real Answers Concerning Equity (RACE) where, since 2007, she has provided skill-based training to social service agencies, community organizations and businesses, including the YMCA Washington State, Mockingbird Association, UW Office of Minority Affairs, UW School of Nursing, and the University of Minnesota Center for Advanced Studies in Child Welfare.

Hetherington has lectured as part of MSW foundation and advance practice courses on social justice, diverse multigenerational families, and diverse children and families, and has provided trainings on diversity, cultural competency, cultural humility and equity for more than 15 years. She is adjunct faculty at the University of California at Davis, a position she has held since 2005.

Hetherington received an MSW from Eastern Michigan University in 1995 and a Master of Education degree from the UW in 2015.