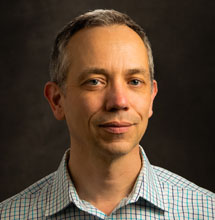 Dr. Vesneski joined the School of Social Work faculty as a full-time lecturer in 2015. He teaches across the MSW curriculum as well as in the social welfare doctoral program. His research focuses on child welfare law and policy and he publishes in both social work and legal journals.

He began his career as a public defender in juvenile court, representing parents in dependency proceedings and youth in criminal prosecutions. After receiving his MSW from the University of Washington in 1998, he spent a decade as a staff member and consultant to the National Court Appointed Special Advocate Association where he helped steer the association’s national evaluation activities. Subsequently, he served as a senior manager with the Paul G. Allen Family Foundation where he directed the foundation’s social welfare giving in the Pacific Northwest.

In addition to a doctorate in social welfare and a master's degree in social work from the University of Washington, Dr. Vesneski holds a law degree from Seattle University.