On Nov. 9, 2022, the U.S. Supreme Court heard arguments in a case that challenges the constitutionality of the Indian Child Welfare Act, passed in 1978 to ensure that Native American children retain a deep connection to their Indigenous roots.

In preparation for that day, UW School of Social Work Associate Professor Angelique Day helped co-lead a special briefing in Washington, D. C., that explored the consequences if the act is ruled unconstitutional. Day, a descendant of the Ho Chunk nation, is legislative director of the Congressional Research Institute for Social Work and Policy. The briefing, held Sept. 20 at the Capitol Visitor Center, was co-hosted by CRISP and the National Foster Youth Initiative, in conjunction with the Congressional Social Work Caucus and the Congressional Caucus on Foster Youth. 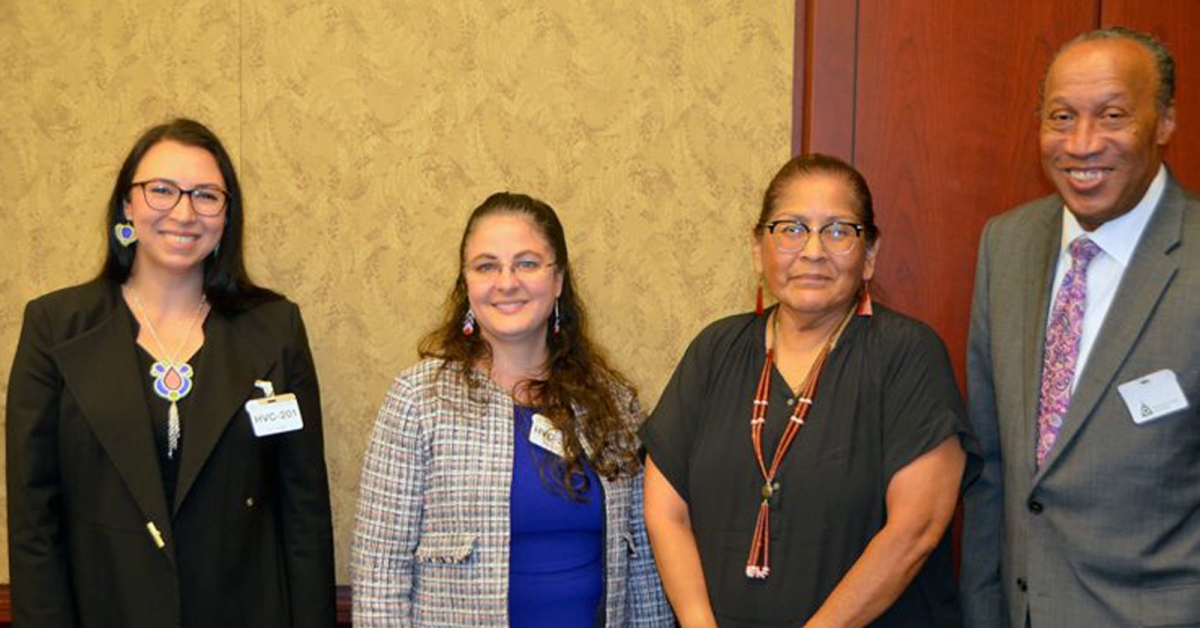 At the briefing, Day and other participants discussed how Congress might respond if the Supreme Court rules that the Indian Child Welfare Act is unconstitutional. Participating in the briefing and seen in the photo with Day (second from left) are: Kathryn Isom-Clause, Bureau of Indian Affairs; Sonia Begay, a member of the Navajo Nation; and Charles E. Lewis Jr., CRISP director.

Numerous other amici briefs have been filed. Stacey Lara, assistant teaching professor at the UW School of Law, and two students from the Tribal Court Public Defense Clinic worked with family advocates across the country to write an amicus brief that was filed with the court.

The Supreme Court hearing comes during November’s Native American Heritage Month, which recognizes the culture, traditions, and achievements of our country’s original inhabitants and their descendants. To learn more, watch the video of the September CRISP briefing or listen to the oral arguments before the U.S. Supreme Court.