Edwina Uehara, dean of the School of Social Work, was named the 2018 Washington State Social Work Educator of the Year by the National Association of Social Workers.

A faculty member since 1990, Dean Uehara is the inaugural holder of the Ballmer Endowed Deanship in Social Work—the first endowed deanship in social work at a public university in the nation. In this capacity, she leads one of the top-ranked graduate social work programs in the nation.

“Eddie has long demonstrated an unparalleled commitment to excellence in social work education,” said J’May Rivara, lecturer with the School’s Office of Field Education. “She is an activist and a leader both in the community and in her teaching.” 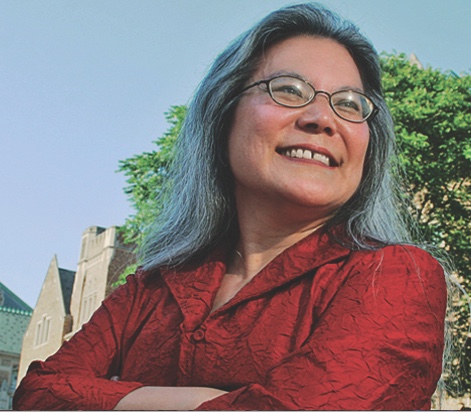 Throughout her distinguished career, the Dean has earned numerous awards for her advocacy, leadership and scholarship. In 2007, the University of Chicago’s School of Social Work selected her to receive the Edith Abbott Alumnus/Alumna Award for Career Excellence. Dean Uehara has also been the recipient of several national awards for her efforts to eliminate racism and sexism, including the Minority Mental Health Fellowship Award by the National Institute of Mental Health and the 2009 Women of Color Empowered Award by the Northwest Asian Weekly. At the University of Washington, she has received the prestigious UW Distinguished Teaching Award and the Student’s Choice Teaching Award for Classroom Excellence.

Recently, her exceptional leadership was recognized by her peers when she took on a significant role in developing a collaborative framework for envisioning the “Grand Challenges” facing future social work research and education. Her widely articulated vision of achieving social progress through science has been recognized nationally and internationally, galvanizing students, researchers and scholars to focus on pressing social issues.

Criteria for the Washington State Social Work Educator of the Year award is five-fold: affiliation with an accredited social work education program; demonstrated commitment to excellence in social work education; advocacy focused on eliminating racism and sexism in teaching and in incorporating current social trends; ability to apply specific expertise to community service and extra-curricular activities; and a dedicated response to student needs and their professional growth.

This recognition marks the third significant award for Dean Uehara in the past six months. In July 2017, she became one of three inaugural honorary fellows of the American Academy of Social Work and Social Welfare for her outstanding leadership on the Grand Challenges. In January of this year, she was inducted as an AASWSW fellow, becoming the first person to hold both fellow and honorary fellow status in the academy.

The Dean will be honored along with other award recipients at the annual NASW banquet on Thursday, March 1, 5:30 – 8 p.m., UW Tower. For tickets, RSVP here.