Dean Eddie Uehara announced today that Dr. Michael Spencer is joining the UW School of Social Work as professor and as director of Native Hawaiian, Pacific Islander and Oceanic Affairs for the Indigenous Wellness Research Institute (IWRI). Says Dean Uehara: "Mike’s passion for social justice, his commitment to community-based participatory research, and his drive for excellence in reducing health inequities for communities of color and indigenous populations aligns strongly with the School’s commitments and mission." Spencer joins the School faculty on June 1, 2018, pending approval by the Univeristy of Washington Board of Regents. 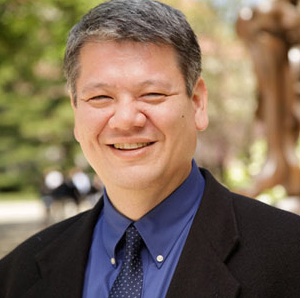 Service Award from the Detroit Public Schools Head Start Programs, and the Jacobs Foundation Young Scholar Award in 2000. He recieved the Harold R. Johnson Diversity Service Award, University of Michigan, in 2003. Nationally, he is recognized for his commitment to diversity and social justice through his scholarship as the invited speaker for the Council on Social Work Education (CSWE) Carl A. Scott Memorial Lecture in 2014. Recently, he was elected as a fellow of the American Academy of Social Work and Social Welfare (AASWSW) for his excellence in research and scholarship. In 2016, he was recognized by his peers in the Society for Social Work Research and the American Academy of Social Work and Social Welfare as a high impact scholar.

Spencer is currently the Fedele F. Fauri Collegiate Professor of Social Work at the University of Michigan, where he recently completed a five-year term as the associate dean of educational programs at the social work school. For the past two years, he has held a joint visiting professorship at the Department of Native Hawaiian Health, John A. Burns School of Medicine and at the Myron B. Thompson School of Social Work, University of Hawaii at Mānoa. Throughout his tenure at Michigan and Hawaii, he has maintained a faculty associate status to the Program on American Cultures, Asian and Pacific Islander Studies at the University of Michigan.

Spencer is also the principal investigator of the REACH Detroit Family Intervention, an NIH-funded, community-based, participatory research project, which aims at reducing disparities in Type 2 diabetes through community health workers among Latino residents in Southwest Detroit. For the past two years, he has shifted his research interest to Native Hawaiian health. Most recently, his research includes piloting the initial effectiveness of backyard aquaponics systems to address food access, healthy eating, family cohesion and community support among Kanaka ‘Oiwi- Native Hawaiian families. His approach incorporates indigenous herbal medicine (la'au lapa'au), healthy recipes and community networking and capacity building. Additionally, he has a related project in development to reconnect Native Hawaiians to values of sustainability (mālama ‘āina) and food security by promoting ahupua'a wellness through aquaponics technology.

His innovative work has high potential for positive familial, and ultimately, population health impact. Spencer plans to extend his health equity and population health studies, not only to Native Hawaiian, but also to Pacific Islander and other Oceania populations during this next stage of his career. Like his other scholarship, this work is culturally grounded, participatory and collaborative—research principles and practices highly valued at the School and at IWRI. Spencer’s joining the School of Social Work and IWRI faculty is timely because the Native Hawaiian and Pacific Islander population is rapidly growing—projected to reach more than 2.6 million by 2050, mainly on the U.S. mainland. "Dr. Spencer will fill an important research and representative void at the University of Washington," says IWRI's leadership. "Specifically, he's the only tenure-track Native Hawaiian professor at the University of Washington across the three campuses at this time. We are honored and blessed to have Dr. Spencer join our IWRI faculty and family."

July 9 update to this story: The Board of Regents appointed Spencer a University of Washington Presidential Term Professor, effective July 1. UW President Cauce and then-Provost Baldasty called the appointment to an endowed professorship at this level a "singular honor."