E. Roberto Orellana joins the School of Social Work as professor on March 16, where he will continue his research into health issues affecting Indigenous and Latinx communities. His areas of interest include substance abuse and HIV interventions as well as the impact of COVID-19 on racial and ethnic minority populations. 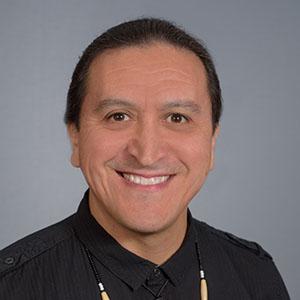 “At a time when the University has redoubled its commitment to anti-racism and global and population health, I am thrilled that Roberto will be joining the School’s roster of distinguished scholars and teachers,” say Eddie Uehara, Ballmer Endowed Dean in Social Work. “His research expertise combined with his acumen as an educator and mentor will have a far-reaching impact on our community and beyond.”

Orellana was raised in the highlands of Guatemala; his family immigrated to North America during the political upheaval of the 1980s, first to Los Angeles and then to Seattle. In the 1990s, he worked for Seattle’s Downtown Emergency Service Center, reaching out to people with a history of homelessness, mental illness and substance use. He and his colleagues began to see an increase in the number of refugees and immigrants staying in homeless shelters and needing mental health treatment.

“We soon realized we were not prepared to work with people from different cultures who were dealing with unresolved grief and trauma,” he said. “We looked at the scientific literature at the time to help inform our services but there really wasn’t much research to learn from. It was those struggles in the real world that led me to pursue social work and a career in research.”

Orellana earned an MSW and MPH, both from the University of Washington, and a PhD in social work from Columbia University, as well as a master’s degree in philosophy from the same institution. His post-doctoral training included a research fellowship with the School’s Indigenous Wellness Research Institute and advanced prevention science training at the National Institutes of Health Office of AIDS Research. He was a research fellow at the HIV Intervention Science Training Program at Columbia and underwent post-doctoral training at Harvard in global health delivery.

Throughout his career, Orellana has examined the impact that social and structural factors have on the health and wellness of vulnerable communities throughout the Americas. His work has centered on the intersecting epidemics of HIV, trauma and substance abuse.

He is a data scientist with the COVID Tracking Project that extracts, analyzes and disseminates COVID-19 related data on racial/ethnic minorities with a focus on Native Americans and Latinos. He has developed training for Latinx social workers who are conducting COVID-19 health promotion, including culturally tailored contact tracing.  On another project involving UW colleagues and community organizations, he hopes to improve COVID-19 prevention and vaccine promotion among communities of color in Washington state.

Orellana continues to serve as the International Honorary Professor at the Intercultural National University of the Amazon in Peru. He also serves as mentor for undergraduate, graduate and postgraduate scholars on several NIH-funded programs. Before joining the School faculty, he was professor and associate dean for research and sponsored projects at Portland State University (PSU) School of Social Work, affiliate professor at Oregon Health & Science University-PSU School of Public Health, and part of the collaborating faculty on international research training at Harvard University School of Public Health.