Karina Walters, associate dean for research and co-director of the School's Indigenous Wellness Research Institute, was named the 2019 recipient of the Richard Lodge Prize from the Adelphi University School of Social Work.

Walters will receive the award and an honorarium, and deliver the annual Lodge Prize lecture, on May 3, 2019, at the Alumni and Friends Day on the campus of Adelphi’s School of Social Work in Garden City, N.Y. 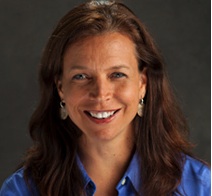 The Lodge Prize recognizes Walters for the broad scope and transformative impact of her contributions to social work scholarship and the profession. Named for the late Dr. Richard Lodge, a leading social work educator and Adelphi University professor, the award spotlights influential social work leaders who have made exceptional contributions to the field.

“The Lodge Prize is an immensely important honor,” said Eddie Uehara, Professor and Ballmer Endowed Dean in Social Work, UW School of Social Work. “We are thrilled that Karina’s significant body of work was acknowledged and recognized by the selection committee who considered an impressive group of nominees for this award. We are delighted to hear this wonderful news.”

Walters is a professor and Katherine Hall Chambers Scholar at the School of Social Work. An enrolled member of the Choctaw Nation of Oklahoma, her research focuses on historical, social and cultural drivers of physical and mental health among American Indians and Alaska Natives. She is a recent recipient of a Fulbright Award where she was an honorary visiting scholar at Ngā Pae o te Maramatanga National Institute for Research Excellence in Maori Development and Advancement at the University of Auckland, New Zealand.

Walters is principal investigator on several groundbreaking studies associated with health-risk outcomes among American Indian individuals, families and communities. These include the HONOR Project, which examines the impact of historical trauma, discrimination and other stressors on the health and wellness of Native American lesbian, gay, bisexual, transgender and two-spirited men and women, and Healthy Hearts Across Generations, a project in collaboration with the Tulalip Tribes, that is designing and testing a culturally appropriate, feasible and scalable cardiovascular disease prevention program for American Indians living in the Pacific Northwest. She received her MSW and PhD from University of California, Los Angeles.

Prior Lodge Prize recipients include noted scholar and researcher Susan Kemp, the Charles O. Cressey Endowed Professor at the School of Social Work, who received the award in 2011.