In a landmark 5-4 decision earlier this month, the Supreme Court declared that much of eastern Oklahoma falls within the Muscogee (Creek) Indian reservation—a decision with immediate bearing on criminal prosecution of Native Americans within that territory but potentially far-reaching implications related to tribal jurisdiction and Native rights more broadly.

The Muscogee, along with the Cherokee, Choctaw, Chickasaw and Seminole tribes, were forcibly relocated from the southeast United States by President Andrew Jackson in the 1830s. Their trek westward to the newly designated “Indian Territory” over thousands of miles, known as the Trail of Tears, resulted in an estimated 15,000 deaths.

Writing for the court’s majority, Justice Neil Gorsuch stated: “On the far end of the Trail of Tears was a promise. Forced to leave their ancestral lands in Georgia and Alabama, the Creek Nation received assurances that their new lands in the West would be secure forever…. Today we are asked whether the land these treaties promised remains an Indian reservation for purposes of federal criminal law. Because Congress has not said otherwise, we hold the government to its word.” 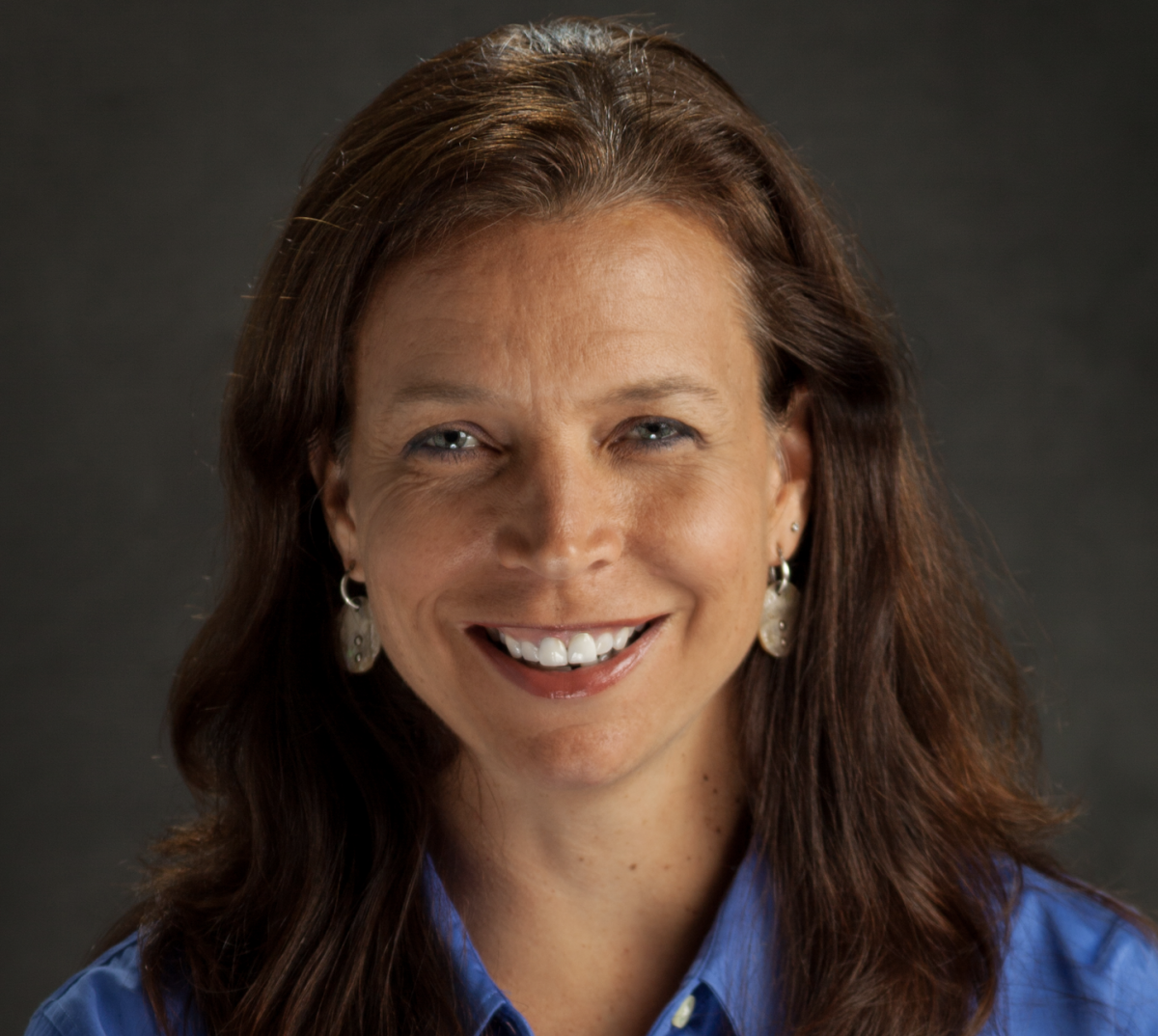 We spoke with UW School of Social Work Professor Karina Walters, an enrolled member of the Choctaw Nation, about the decision and its implications for Native communities. A leading expert in Indigenous health, mental health and historical trauma, Walters is co-director of the School’s Indigenous Wellness Research Institute.

Why is this case so significant for Native American rights?

The case was specific to the Muscogee people, and it was brought by a sexual predator who basically argued that he should have been prosecuted not by the state of Oklahoma but in federal court because the tribe never lost sovereignty over its territory. Despite the terrible circumstances at the heart of this case, it offered a huge potential precedent in terms of tribal sovereignty. The decision essentially says: We recognize their treaty rights, and we recognize that this is still reservation land.

Tell us about the so-called “Five Civilized Tribes” that the U.S. government forcibly relocated to what is now Eastern Oklahoma.

The five tribes lived on prime land in the southeast that white planters wanted for growing cotton. My tribe, the Choctaw Nation, was in Mississippi, Alabama and Louisiana. We were the first to be targeted and removed; we were 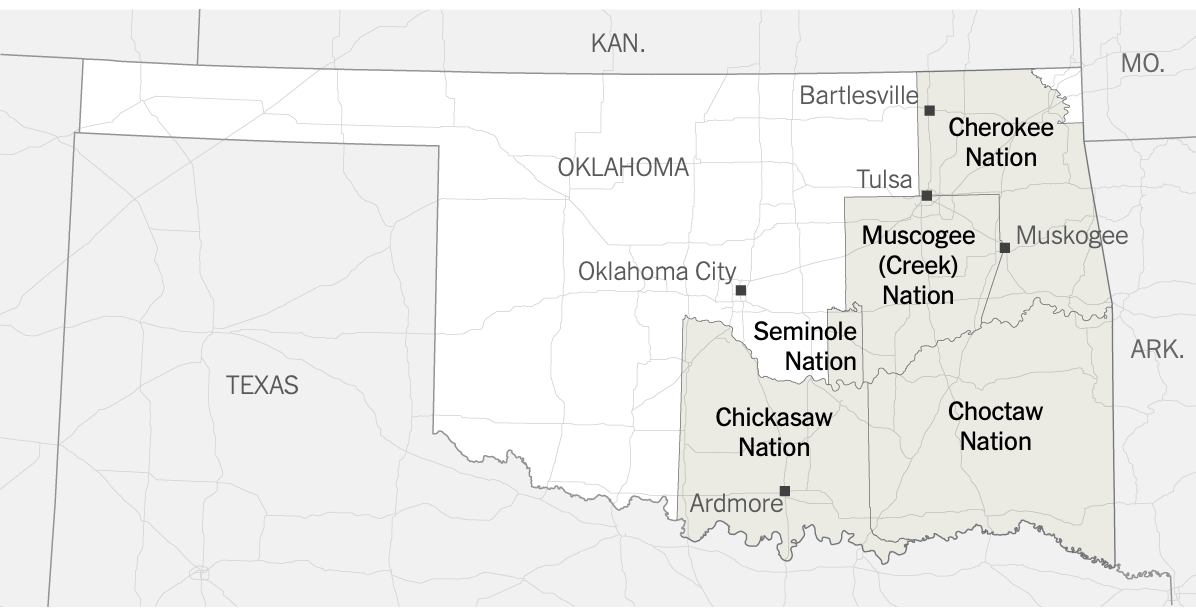 forced at gunpoint to sign the Treaty of Dancing Rabbit Creek. We carry a distinct memory of what that treaty promised: that as long as the rivers flowed and the flowers bloomed, this would be our land. And that we were to be left alone in perpetuity. Well, the government didn’t make good on that.

But we persisted, and we are still there. We have what are called “tribal jurisdiction lands.” We have our own police courts and our own tribal governments. We’ve been fighting off and on since 1907 with the state of Oklahoma about what their authority is in relation to our territory. What the Supreme Court decision says is that Oklahoma doesn’t have that authority.

The decision technically affects only the Muscogee, but because other tribes have treaties that are almost identical, the implications are much broader and potentially extend to a range of issues, from Indian child welfare to water rights. What the decision doesn’t do is give back the private property that’s owned by non-Natives—unfortunately—because of the Curtis Act of 1898.

What surprised you about the court’s decision?

Gorsuch says in this decision that the U.S. recognizes the tribe’s sovereignty. That is breathtaking, and I didn’t think I would see it in my lifetime.

I never thought I’d be thankful for a literalist on the Supreme Court, but I am right now. He basically says that just because all of the wrongs the state has perpetrated since then have become normative, that doesn’t mean you can violate treaty rights.

The day this decision came down will probably be celebrated as our Sovereignty Day by future generations. I hope it won’t be merely symbolic. We gave up our land, our resources and our weapons in exchange for certain things in perpetuity: health care, education and rights to our current lands. These are not welfare entitlements. They are guaranteed by a treaty between sovereign nations.

The Black Lives Matter movement has helped spotlight oppression of communities of color in general. Do you think it is affecting how Native people are perceived and treated?

Things like getting rid of racist mascots—that’s the easy connection between Black Lives Matter and American Indian issues. But is America waking up? I think some of America is waking up. But when we have conversations about reparations for African Americans without looking at American Indians, that means we’re still being left out of the conversation.

My tribe, the Choctaws, were decimated by slavery. U.S. settler colonialism was designed to dispossess Native land and provide exploited labor through chattel slavery, which included Indigenous and later African people.

We’ve all been indoctrinated with a certain history—an origin narrative that ignores the violence by which this country came into being and continues to operate. So, until we reflect on our history in clear-eyed ways, we run the risk of having these moments or these opportunities remain symbolic, and not making the tidal shift that has to happen to make America better.

COVID-19 has had a disproportionate effect on Native American health. What are you seeing in the Indigenous response to the pandemic?

Our communities have been amazingly resilient in our response because we’ve seen epidemics before and we’ve been affected by epidemics through historical trauma. [See History Through a Native Lens by Karina Walters.]

We’re the ones who survived the Trail of Tears. One group of my ancestors walked through swamp water that was waist deep for over 30 days, off and on. And they carried their children who had died along the way, because they refused to leave them behind. That’s who I descend from. We’ve been here for at least 10,000 years, if not longer, on this land.

Some of us see this pandemic as the earth restoring herself. COVID has kept everybody from going out into the environment and causing more harm, and now water is replenishing itself and the animals are coming out again and certain plants are coming back. This is a regeneration time—it’s part of the cycle of life, and we will figure out how to move through it.