Sue Eastgard (MSW ’88) is the 2016 Moya M. Duplica Distinguished Alumni Award recipient from the UW School of Social Work. Eastgard is co-founder of Forefront, a School-supported initiative that educates and empowers individuals and communities to improve mental health services and suicide-prevention policy.

For 30 years, Eastgard has worked as a clinician, manager and director of crisis services and suicide prevention efforts. She came out of retirement to help launch Forefront in 2013 and served as its first director of training. She is retiring from this position at the end of 2016. 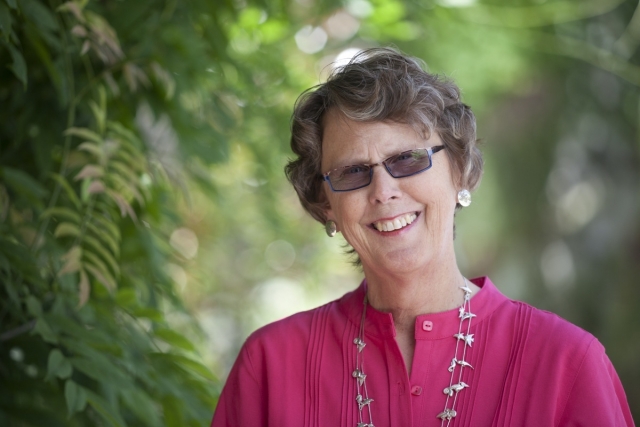 In three years, Forefront has grown into a $2 million organization with 12 employees, more than 100 volunteers and nearly 800 donors. A robust, multidisciplinary collaboration between several departments and schools on the University of Washington campus, the organization is a leader in suicide prevention both statewide and nationally. To date, Forefront has lobbied for passage of five significant suicide prevention laws in Washington state, creating a much-expanded and more cohesive public health approach to suicide.

Under Eastgard’s guidance, Forefront developed an innovative suicide-prevention education initiative in 14 King County high schools and in colleges around the state. Eastgard was also instrumental in launching “Forefront Cares,” a program that provides the newly bereaved with educational materials and telephone support.

Throughout her extraordinary career, Eastgard has been a tireless champion for suicide prevention for both adults and youth. After graduating with an MSW from the School of Social Work in 1988, she started her career as a mental health clinician, rising to become executive director of the King County Crisis Clinic. In 1999, she founded the Youth Suicide Prevention Program of Washington State, a nonprofit organization with a significant track record of success, and served as its director until 2011.

Regarded nationally as one of the best trainers in the country, Eastgard has trained thousands of mental health professionals and lay people in the skills they need to prevent suicide.  She is a certified facilitator for a variety of suicide assessment and intervention training programs, and was past president of the American Association of Suicidology.

About the Distinguished Alumni Award