Three MSW students are part of the prestigious 2021Husky 100 cohort—two attend the Seattle campus and one attends UW Tacoma.

The Husky 100 is a student recognition program that recognizes 100 undergraduate and graduate students in all disciplines from the Seattle, Tacoma and Bothell campuses who exemplify leadership, passion, creativity and commitment. In a highly competitive process, the selection committee chose this group from more than 1,700 nominees. 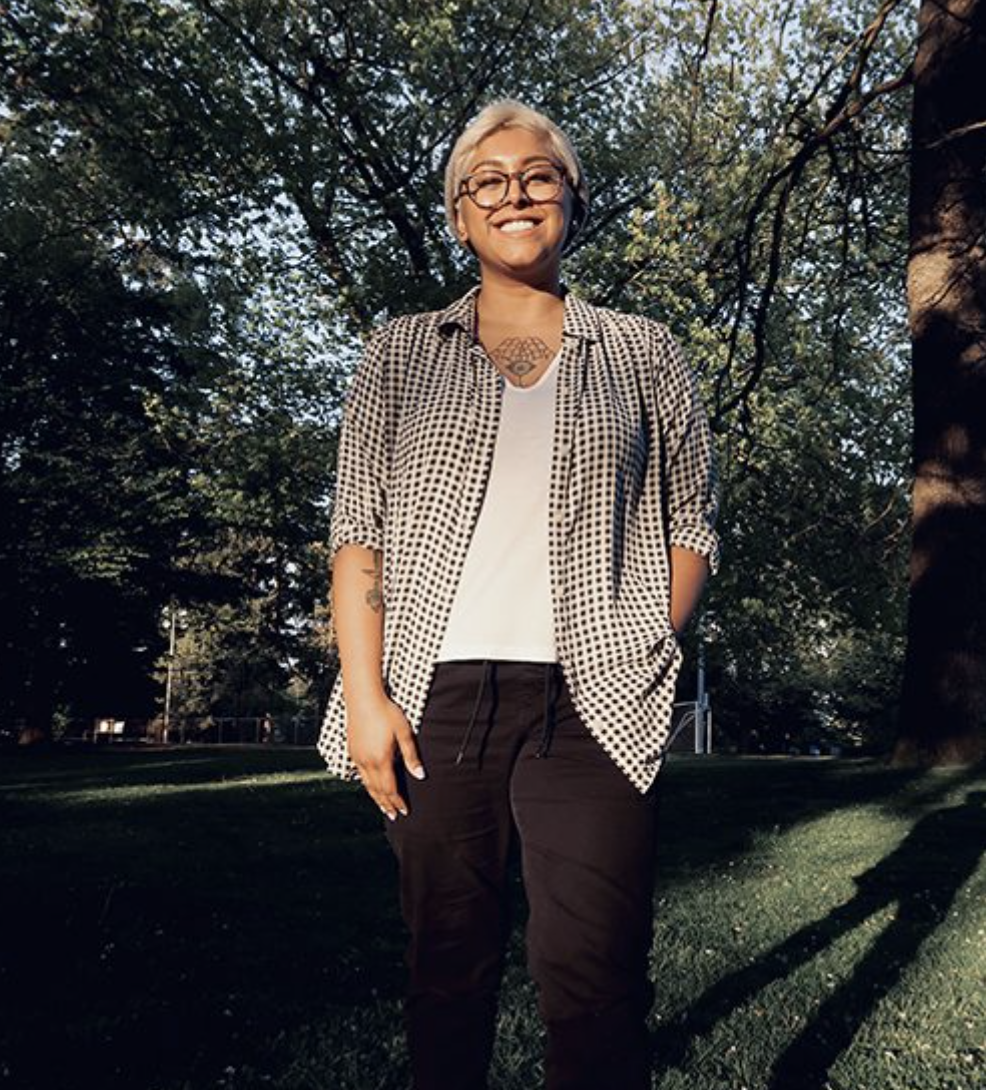 San Francisco native Saara Majid graduates in August with an MSW degree. They hold a bachelor’s degree in social sciences from the UW as well. Majid is committed to racial, disability and gender justice. As an undergraduate, they helped found Seattle’s first LGBT+ Muslim organization called Noor. As a graduate student, they interned at Ryther Children’s Care Center where they received an honorable mention for the center’s Social Justice Champions award, an honor for which interns are not usually nominated. Following graduation, Majid plans a career in adolescent and family health, and will pursue a doctoral degree in psychology and gender. “Pursuing my MSW, I have accessed doors all disabled and trans BIPOC deserve to attain. And I will stop at nothing to ensure they do,” they said.

Evalynn Fae Taganna Romano from Seattle, Wash., graduates in June with an MSW in clinical social work and an MPH in global health. Romano plans to become a community-based re

searcher, therapist and advocate. “I am a proud daughter of two University of Washington custodians and a first-generation graduate student,” said Romano. “I honor my ancestors from the Philippines and Turkey through storytelling in the Waray-Waray language, community organizing for custodial workers’ rights, and providing therapy to Asian, South Asian and Pacific Islander survivors of violence.” In 2020, Romano contacted UW students and faculty to join her in thanking custodial staff who continued to work on campus during the pandemic, raising funds for food donations as well as thank-you notes and letters of appreciation.

Steven A. Simmons, who grew up in Big Lake, Wash., in Skagit County, will graduate in the spring of 2022 from UW Tacoma with an MSW degree. A formerly incarcerated student, Simmons hopes to not only remove

barriers that keep individuals from achieving their education and career goals, but also to “create doorways where the barriers existed, so that future generations of students can enter freely to continue the work in new and more integrated efforts.”

The Husky 100 program demonstrates how education happens both inside and outside the classroom. By actively connecting these spheres and applying what they learn, Husky 100 students are making a difference on campus, in their communities and for the future.

Husky 100 nominees were judged by a committee of students and faculty in five categories, including having a discovery mindset, committed to being part of an inclusive community, and having a capacity for leadership.