The City of Seattle Office of Housing on Dec. 9 announced funds to develop Seattle’s first affordable senior housing development designed to be an affirming environment for LGBTQ seniors and the greater LGBTQ community.

The project is led by Capitol Hill Housing, a nonprofit developer, along with GenPRIDE, the first LGBTQ-affirming senior center in Seattle/King County, which will serve as the primary service provider in the building. The funding will create 125 units of affordable housing and it plans to include some set-aside units for transgender and/or HIV positive seniors earning less than 30% of the area medium income.

“As a community collaborator on this project, I’m proud to be part of bringing LGBTQ-affirming affordable housing to Seattle,” said Karen Fredriksen Goldsen, a University of Washington professor of social work, director of the UW Aging with Pride study and GenPRIDE founder. 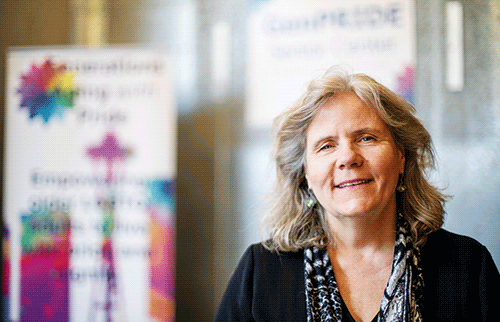 GenPRIDE’s partnerships and programming will support LGBTQ seniors across the city, making the building a hub for the LGBTQ community and providing a senior center for all seniors in the local Capitol Hill area. Other community organizations collaborating on the project include UW Aging with Pride, Ingersoll Gender Center, Seattle Counseling Service, Gay City, POCAAN, the Greater Seattle Business Association, LGBTQ Allyship and Country Doctor Community Clinic. “It all starts with bringing our diverse community to the table and working together to create a shared vision to ensure housing stability while honoring and strengthening the lives of those seniors that have historically been marginalized yet have been on the forefront of building these communities,” Fredriksen Goldsen said.

The project comes at a pivotal time. King County’s LGBTQ senior population is expected to double by 2030, and LGBTQ seniors are identified as a priority population for the Seattle Housing Levy, as they face health, economic and social disparities compared to other seniors. These disparities were first documented by the UW Aging with Pride study.

“While LGBTQ older adults are resilient, they face unique challenges in housing and senior services. They are more likely to live in poverty, be socially isolated without the support of family or others to help them, and have often faced discrimination and lack of access to services,” Fredriksen Goldsen said. “Nearly 90% of the study participants in Seattle were living in unaffordable housing compared to just over half of Seattle and King County’s seniors in general. They were also more likely to rent and live alone, which increases their risk of losing their housing.”

The study surveyed 419 LGBTQ people aged 50 to 87 in Seattle and King County and found that:

“These LGBTQ seniors are largely invisible and immensely underserved. We need to build on their many strengths as we address their housing and aging needs and take action – we need to ensure that local housing and aging services are safe, inclusive, supportive and effective. If we do not address these needs there will be much greater public cost,” Fredriksen Goldsen said. “The new affordable housing will provide a vibrant hub for the LGBTQ community and ensure all seniors living in the Capitol Hill Area have a place they can call home.”