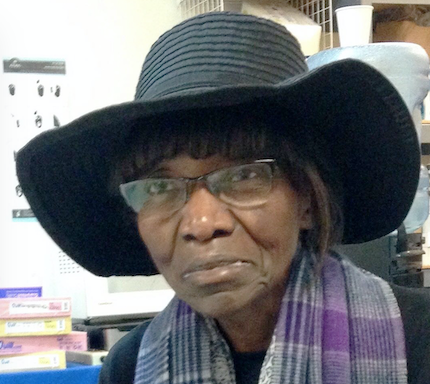 World Social Work Day is March 19, a day to spotlight and elevate the field of social work and the nation’s 680,000 social workers. As the U.S. population ages, the U.S. Bureau of Labor Statistics estimates the need for social work services will increase to more than 100,000 social workers in the U.S. by the year 2025. This year’s theme is Promoting the Importance of Human Relationships.

No one better exemplifies that message than Taylene Watson (pictured, right), executive director of National Association of Social Workers, Washington Chapter, and clinical associate professor, School of Social Work. Throughout her career, Watson has cultivated and nurtured relationships between individuals, organizations and agencies. She has taught and mentored thousands of social workers on how to view the world through a social justice lens.

For 40 years, Watson practiced as a social worker at the Veterans Administration hospitals, and from 1985 to 2015 at the VA Puget Sound. From 1999 until she retired from the VA in 2015, she served as the director of its Social Work Department and oversaw a staff that grew to nearly 200 social workers―one of the largest social work departments in the country. She also spearheaded a robust field-education unit averaging 20 students at the Seattle and American Lake facilities, and created programs and social work services focused on the unique needs of women in the military. For the past seven years, she has co-taught a course at the School of Social Work to prepare new cohorts of social workers to serve veterans.

Watson was recognized for her work to help successfully transition veterans who had served in the Gulf War, Afghanistan or Iraq. She has received numerous national, state and School of Social Work awards including the 2006 National VA Social Worker of the Year. She was recognized in both 1999 and 2012 as the Social Worker of the Year by NASW’s Washington chapter, and in those same years was acknowledged as outstanding practicum instructor by the School’s Office of Field Education where she served on advisory and student review committees. Watson has been a tireless advocate for the NASW, encouraging the UW School of Social Work leadership, faculty, students, and social work professionals from Seattle University and Eastern Washington University to participate in the organization.

World Social Work Day, which is part of Social Work Month, calls attention to the achievements of social workers like Taylene Watson, who elevate and empower individuals by helping them solve problems, cope with personal roadblocks, and secure the resources they need to flourish.