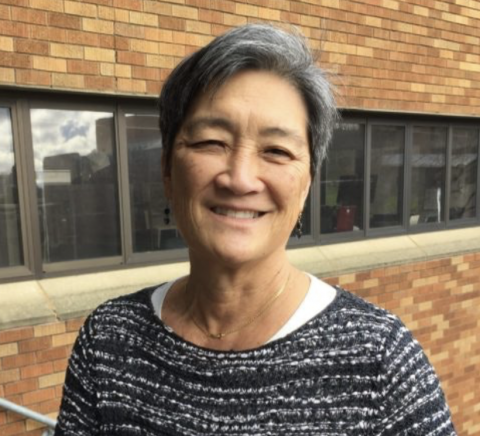 Val Kalei Kanuha, the School’s assistant dean for diversity, equity and inclusion, was interviewed recently by A Broad and Ample Road, an e-newsletter produced by Michelle Kuo and Albert Wu, advocates and professors at American University in Paris.

Kalei’s interview ran in two parts. In the first installment, she discusses her pioneering work to end violence against women beginning in 1975. At the time a newly graduated social worker, Kalei recounted how lucky she was to learn and practice social activism at the beginning of the American battered women’s movement. Over the last five decades, Kalei has expanded her work to include alternative forms of justice with a focus on broader social transformation and healing to intervene in sexual and domestic violence.

In the second installment, Kalei shares stories about growing up in a rural town in Hawaii to a Hawaiian father and Nisei (second generation Japanese American) mother in the 1950s. She shares recollections about the cultural influence and diversity of Hawaii, along with her mother and grandmother as key influences in forming her feminist identity, including coming out as a lesbian in the early 70s as the second wave women’s and LGBTQ movements were emerging as cultural forces.