Kevin Haggerty appointed Fellow of the Society for Prevention Research 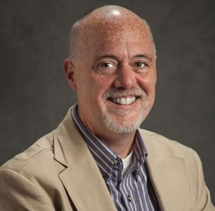 Kevin Haggerty, emeritus professor for prevention at the School of Social Work, will be inducted as a Fellow of the Society for Prevention Research during its May 31-June 3 annual meeting in Seattle.

For more than 30 years, Kevin has focused on developing innovative ways to organize the scientific knowledge base for prevention so that parents, communities and schools can better identify, assess and prioritize approaches that meet their needs. He joined the School of Social Work in 1985, where he served as its director of research as well as held several leadership positions with the School’s Social Development Research Group, including its director.

Fellows at the Society for Prevention Research are among a small and select group of researchers with a distinguished record of contributions to prevention research. To be considered for selection, a fellow must have presented at least 50 scientific papers at national or international conferences, authored 50 or more articles in peer-reviewed journals, been influential in translating scientific findings into public policy or practice, and produced a body of work that has helped change the way prevention science is conducted.

Kevin’s induction as a SPR Fellow will be at awards event on June 2 at 5:45 p.m. at the Hyatt Regency in Seattle. See the full meeting schedule here.

Congratulations, Kevin, on this well-deserved honor!