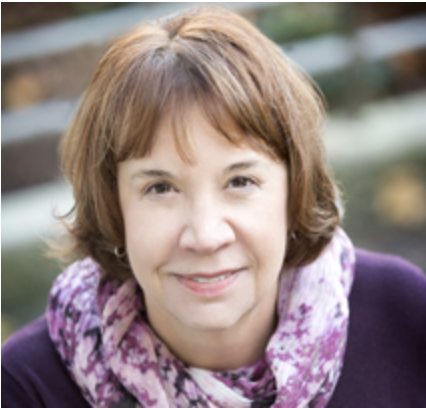 Maureen Marcenko, the Charles O. Cressey Endowed Professor who has devoted her career to the well-being of vulnerable children and families, is retiring at the end of December. During her 24 years of service to the School, Maureen has made incredible contributions to our social work community and the profession. Maureen will return to the School part-time starting Winter quarter 2022.

“Maureen’s scholarship has focused on optimizing positive outcomes for marginalized families and their children through evidence- and practice-informed services that build on families’ own capacities, and that meet families’ expressed needs in ways that are empowering, culturally dignifying, and appropriately contextualized,” said Dean Eddie Uehara in a recent communication to the School community announcing the retirement.

Maureen’s research projects have included a strong emphasis on participatory methods and dissemination, which helped to ensure findings and their practice-and-policy implications are shared with child welfare workers, legislators, parent groups, advocacy organizations and others across the state.

A knowledgeable and gifted teacher and mentor, Maureen has generously supported many doctoral students and has co-published papers on a diversity of topics, including depression among Latino children in the child welfare system and creating consumer-driven services for persons with development disabilities.

Maureen's top priorities have been service and leadership. In the late 1990’s, she was a content expert on the Gates Foundation-funded “Sound Families Pilot Program,” which contributed to the Gates’ long-term commitment to tackling housing insecurity in Washington state. She was also a key partner and faculty collaborator in the development and funding of Partners for Our Children.

“In short, throughout her long and illustrious career, Maureen has been a scholar whose work is deeply rooted in the values and practice commitments of our profession,” said Dean Uehara.

Maureen served as the director of the School’s top-ranked MSW Program and chair of both the MSW Children and Families Concentration and the Faculty Council. She also represented the School on the University’s Faculty Senate.

Maureen received a BS in Education and an MSW, both from Wayne State University in Detroit. In 1988, she earned a doctorate in social welfare from McGill University in Montreal. After completing her doctoral studies, she held faculty positions at Wayne State and at the University of Pennsylvania before joining the UW School of Social Work in 1997.

Over the years, she has been the recipient of many awards and honors, including two highly competitive and distinguished professorships: She was the inaugural holder of the Ballmer Professorship in Child Well-being (2008-2011) and has held the Charles O. Cressey Endowed Professorship since 2012.

We’ll be announcing more details soon about Maureen’s new assignments in the new year as well as information on a celebratory event to recognize her many years of service.