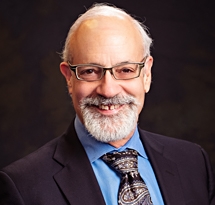 Rico Catalano, School professor and co-founder of the Social Development Research Group, will be inducted as a fellow of the Society for Prevention Research during the May 28–31 annual meeting in San Francisco.

In addition, three SDRG-authored papers to be presented during the same meeting were designated Abstracts of Distinction. More than 800 U.S. and international researchers, policy makers and practitioners are expected to attend the conference next week.

As an SPR fellow, Rico joins a select group of individuals who have a distinguished record of contributions to prevention research. For more 35 years at the School of Social Work, he has led research and programs that promote positive youth development and prevent problem behaviors. His work has formed the basis of prevention systems called Communities That Care, which is being used in states and communities around the world.

To be considered for selection, a fellow must have presented at least 50 scientific papers at national or international conferences, authored 50 or more articles in peer-reviewed journals, been influential in translating scientific findings into public policy or practice, and produced a body of work that has helped change the way prevention science is conducted.

Rico received both an MA and PhD in sociology from the UW and joined the School faculty in 1979. In 2012, he was inducted as a fellow of the American Academy of Social Work and Social Welfare. That same year, he received the Presidential Award from SPR for significant lifetime contributions to prevention science research.

The Society also selected three presentations―two from SDRG research scientists and one from a former PhD student―as Abstracts of Distinction. Researcher Nicole Eisenberg will present a paper on lessons learned from implementing the Communities That Care system in five countries. Researcher Jennifer Bailey will be speaking on the intergenerational transmission of risks for marijuana and poly-substance use in adolescence, and former PhD student Christopher Fleming will discuss preventing gang involvement with Communities That Care.

Congratulations to the entire SDRG team for such a strong showing at this year’s SPR meeting!