Speaking out about gender norms and empowerment 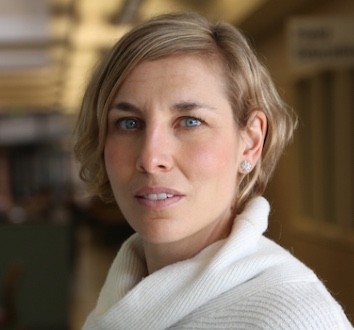 Katie Querna, a PhD candidate who researches gender and sexuality norms, is taking her message of mindfulness, masculinity and nonviolence to diverse audiences including a recent CrossCut Festival and articles appearing in UW Medicine and the Whole U.

Katie and Lucy Berliner, a clinical associate professor at the School and director of the Harborview Center for Sexual Assault and Traumatic Stress, were recently interviewed by UW Medicine for a story in a March issue of Right as Rain newsletter. The article explored sex and consent, topics in the news lately because of #TimesUp, #MeToo, Harvey Weinstein, Aziz Ansari and others. The story offered a robust list of tips and strategies focused on clear, effective and honest communications affecting both men and women.

Katie explored these issues in an earlier blog post—Mindfulness, Masculinity, and #MeToo—that appeared in Psychology Today and was republished by The Whole U on March 30.

Part of the issue between men and women stems from gender expectations, observed Katie, who went on to explain that women are socialized to put others’ needs first, while men are generally not as tuned in to their own or others’ emotions. “Women are told we live in a world that isn’t safe for us,” said the researcher, who is also a member of the UW Task Force for Sexual Assault Prevention and Response, “so if a woman is uncomfortable in a sexual situation, that isn’t seen as unusual.”

Last month, Katie participated in a panel on “Sex and Consent on Campus,” part of the race and social justice track at the CrossCut Festival, sponsored by the news outlet Crosscut and hosted by Seattle University. The festival brought together some of the boldest thought leaders in politics, business and social justice activism over a two-day period.