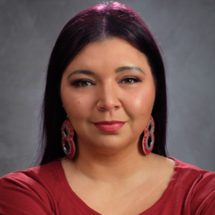 Carol began her career in social work in 2009, working as a military services coordinator in Western New York. She partnered with multiple local and national agencies to provide support services for military members and their families. Carol began working in child welfare in 2015 after moving to Washington state. She worked as a family services coordinator for the Port Gamble S’Klallam Tribe’s Children and Family Services, Indian Child Welfare Department. Carol worked closely with tribal services and DCYF to provide the highest level of care for the families with whom she worked. She was recruited to the Suquamish Tribe in late 2017, as the CPS investigator. Pre-COVID, Carol was working to create and implement a comprehensive prevention and outreach program to address community needs and reduce the number of intakes and opened cases. Additionally, since 2018, Carol served as the Suquamish Tribe’s qualified Indian expert for in-state and out-of-state ICWA matters, and conducted forensic interviews for the Suquamish Police Department.  She has also served as a qualified expert witness in state ICWA cases, as an independent consultant.

Carol has a part-time independent photography business that she greatly enjoys. When she is not working, Carol enjoys spending time with her family, creating traditional beadwork and weavings, painting and drawing, reading, kayaking, and coaching her children in baseball and cheerleading.