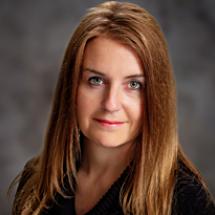 Heidi earned a Bachelor of Arts degree in psychology from Eastern Washington University and began her social service career as a house parent and family advocate at the Vanessa Behan Crisis Nursery in Spokane, Washington.

It became clear early on that supporting children and families was going to be a lifelong passion. Heidi was hired by the Department  of Children, Youth and Family Services in 2001 as a child Protective Services investigator in the Indian Child Welfare unit in Skagit County.

Heidi went back to school in 2004 to earn a Master’s degree in social work from Eastern Washington University through the Child Welfare Training and Advancement Program. Heidi spent her practicum working with community partners as a Child Family Welfare Services worker, and helped establish the first family treatment court in Skagit County.

Heidi is committed to partnering with community in her social work practice that includes tribes, law enforcement, schools, and nonprofit agencies. Heidi joined the Alliance team in November of 2018 and enjoys spending time with family outdoors in the sun, camping and traveling around Washington State.