EDWINA S. UEHARA
to step down as dean of UW School of Social Work 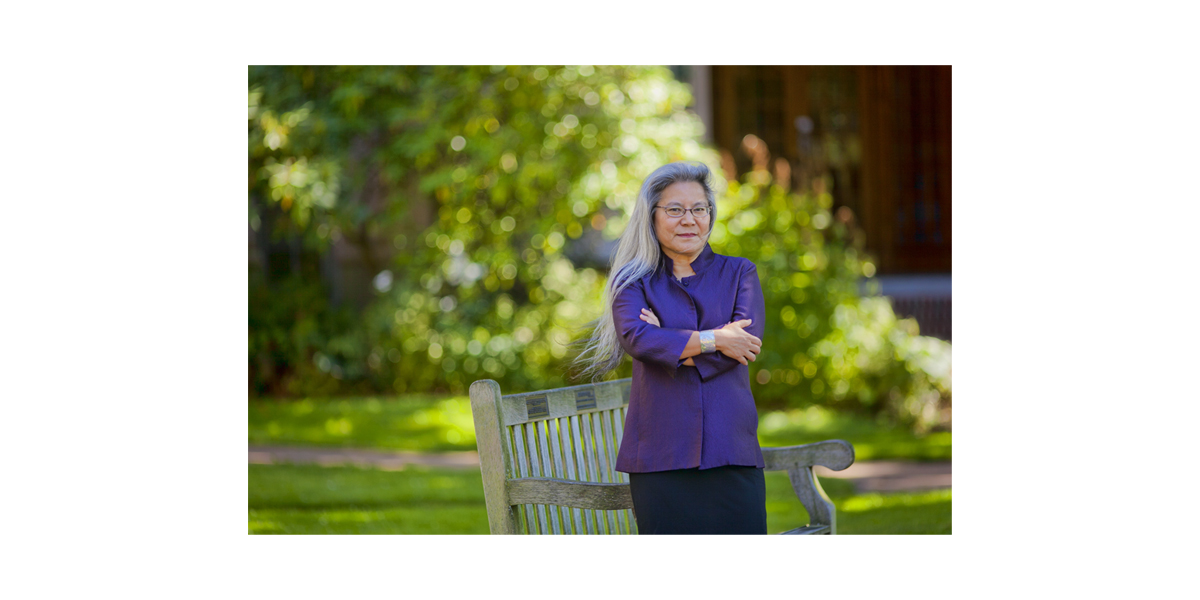 In summer 2023, Edwina (Eddie) S. Uehara will step down as the inaugural Ballmer Endowed Dean in Social Work at the University of Washington School of Social Work. After 17 years of extraordinary leadership and service, she will be the longest-serving dean in the School’s history. She will rejoin the faculty to pursue her research, teaching and leadership in the field of behavioral health.

During Dean Uehara’s tenure, the School of Social Work became widely recognized as an innovative leader in advancing social and economic justice and enhancing quality of life through education, research and community engagement. The School has risen steadily in national and global rankings to become the No. 1 social work program in the world according to the Center for World University Rankings and No. 2 among graduate social work programs according to U.S. News & World Report’s 2023 Best Graduate Schools report—the highest ranking the School has ever obtained under this ranking system.

Dean Uehara joined the School of Social Work faculty in 1990 and was appointed dean in April 2006. She is the first person of color to serve as dean of the School of Social Work and the University of Washington’s first Asian American female dean. In 2011, Dean Uehara became the inaugural holder of the Ballmer Endowed Deanship in Social Work, the first endowed deanship in social work at a U.S. public university. Connie and Steve Ballmer made the gift as a tribute to Dean Uehara’s leadership. “We were inspired by Eddie’s vision and desire to put the expertise and energy of the School in service to the community and not limit the learning experience to the classroom.”

VISIONARY LEADERSHIP AND A COMMITMENT TO SOCIAL JUSTICE

She earned her Ph.D. from the University of Chicago, from which she also received the Edith Abbott Award for Career Excellence. She earned a master’s of social work from the University of Michigan and a bachelor’s degree, with highest distinction, from Eastern Washington University. Additional honors include the UW Distinguished Teaching Award, the UW School of Social Work’s Students’ Choice Teaching Award and Washington State Educator of the Year from the National Association of Social Workers. She is a fellow of the American Academy of Social Work and Social Welfare and of the Society for Social Work and Research. 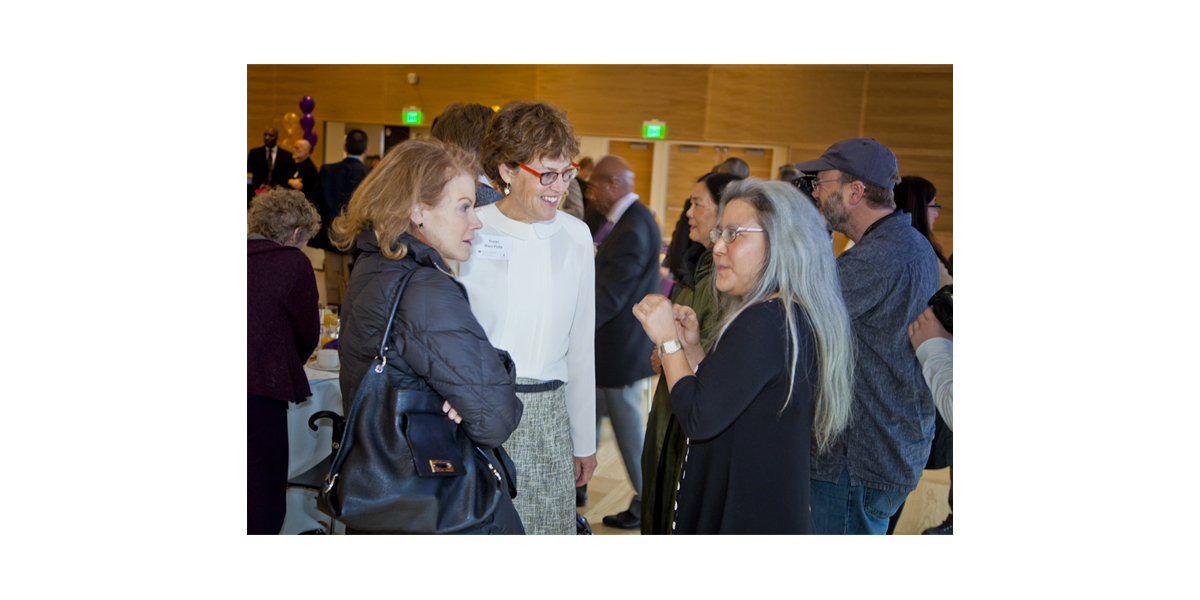 “Eddie’s scholarship, visionary leadership, commitment to social justice and ability to bring together disparate partners to collaborate for the social good are a beacon for other academic leaders, particularly people of color,” said UW President Ana Mari Cauce.

Under her leadership, the School significantly expanded its research depth and reach in prevention science, policy innovation and community-based interventions designed to investigate and eliminate social inequities such as systemic racism, healthcare disparities and poverty. The School is widely renowned for the excellence and diversity of its faculty, administration, students and alumni.

Dean Uehara’s belief in the School of Social Work’s capacity to create real and lasting social change is unwavering. “Our faculty lead local, national, and global responses to some of the most intractable social problems of our time—most often through deep engagement with the communities with whom we work,” said Dean Uehara. “Our signature approach to achieving social impact harnesses diverse expertise and resources from across social sectors—public, philanthropic, tribal, community nonprofit and higher education—to advance the quality of life and well-being of the people and communities that social work exists to serve.”

Critical to the success of these social change efforts is the School’s resource base, which grew substantially under Dean Uehara’s leadership. Annual revenues nearly doubled from $44 million in 2008 to $86 million in 2021. The School’s annual external funding for research, innovation and training currently exceeds $52 million. Endowed student scholarships—always one of the dean’s highest funding priorities—increased from less than $1 million in 2008 to more than $32 million in 2021. Overall, total scholarship funding benefited thousands of students during her tenure. In 2020, Dean Uehara led the largest fundraising campaign on record for a school of social work at a public university with gifts totaling $73 million.

In 2012, Dean Uehara proposed that the Academy of Social Work and Social Welfare adopt a “Grand Challenges” for Social Work initiative, with the aim of galvanizing social workers and social work allies around creating solutions to complex, compelling societal problems that no group, profession or social sector can solve alone. The grand challenges approach, she pointed out, can attract new generations of students and scholars around important shared and solutions-focused goals. It can capture the public’s interest and imagination and attract new resources. Finally, a strong grand challenge can create a platform for science diplomacy and team science by bridging the divides between “siloed” disciplines. The Academy endorsed Dean Uehara’s vision, creating an ambitious three-year project that engaged social work scholars, scientists, and policy experts in identifying 13 Grand Challenges for Social Work. As president of the Society for Social Work and Social Welfare, Dean Uehara helped introduce the Grand Challenges initiative to the national social work community at the group’s 2016 annual conference. 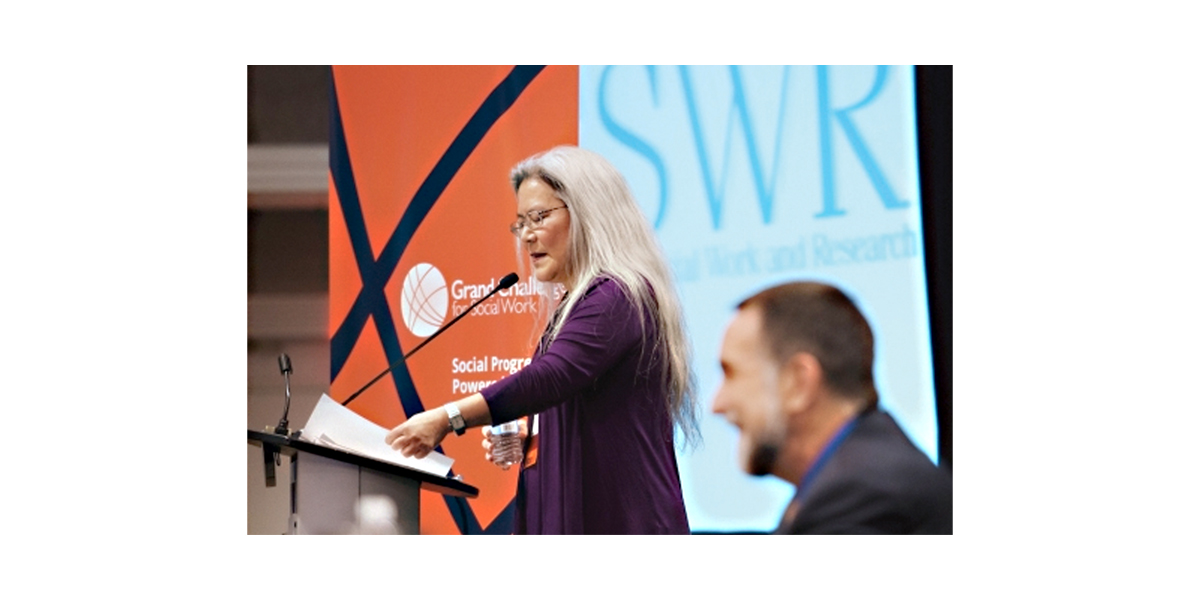 Since that time, the national initiative has energized the social work field and has focused policy, research, state and private funding, and public attention on these 13 urgent social issues—from closing the health equity gap by redressing systemic racism and economic inequality to advancing social solutions to climate change and harnessing technology for the social good—drawing on the participation of hundreds of schools of social work and thousands of researchers, policy advocates and practitioners.

The Grand Challenges effort has led to organizing scores of conferences and the publishing of influential books and articles. Curricula for bachelor’s, master’s and Ph.D. programs across the country were revised based on best practices identified through the Grand Challenges process. These revisions have resulted in effective systems change at both the state and federal levels.

“Dean Uehara and the UW School of Social Work have been critical to the emergence of the Grand Challenges for Social Work,” said Richard Barth, professor, University of Maryland School of Social Work, and chair, executive committee, Grand Challenges for Social Work. “The last years are culminating in what we hope will be the most transformative day in social work history. This has been an opportunity to catalyze the profession in a way that’s never been done before.”

Under Dean Uehara’s leadership, the School of Social Work is playing a critical role in supporting the behavioral health workforce in Washington state. Led by the School and funded by a $24.8 million gift from Ballmer Group, the Washington State Behavioral Health Workforce Initiative awards generous two-year scholarships to 415 graduate students in social work, mental health counseling, and marriage and family therapy at 13 universities around the state who commit to serving three years in community-based behavioral health agencies or tribal health centers after graduation. This five-year Initiative brings higher education and comprehensive community-based behavioral health agencies into close collaboration, encouraging recruitment of students from BIPOC and other historically underserved communities and spurring innovations in education, field-based training, supervision, job placement and retention.

In 2011, Dean Uehara partnered with Washington’s Assistant Secretary for the Department of Children, Youth and Families to create the Washington State Alliance for Child Welfare Excellence. Through the Alliance, the schools of social work at UW Seattle, UW Tacoma, and Eastern Washington University work collaboratively to strengthen the professional expertise of social workers, enhance the caregiving skills of foster and adoptive parents and create better futures for children and families in Washington state. This work establishes a statewide road map for social work training and education and leverages substantially more federal dollars for professional development. A recent renewal of the Alliance agreement significantly extends the Alliance’s work, adding new tribal child welfare partners, bachelor’s level social work programs, and training programs in early childhood development, prevention and other related fields.

Partners for Our Children

In 2007, Washington’s Secretary for Health and Human Services, philanthropist Connie Ballmer, and Dean Uehara collaborated to launch Partners for Our Children, a unique private-public university collaboration to strengthen Washington’s child welfare service system and workforce training. Attracting more than $25 million in funding over a 16-year period, Partners for Our Children has been instrumental in advancing transformative policy and programmatic solutions for the state’s child welfare system, as well as creating innovative technology, data applications, and educational and training programs to enhance child welfare practices. In recognition of this innovative public-private university partnership, the School received the prestigious Academic Excellence Award from the American Public Human Services Association in 2008. 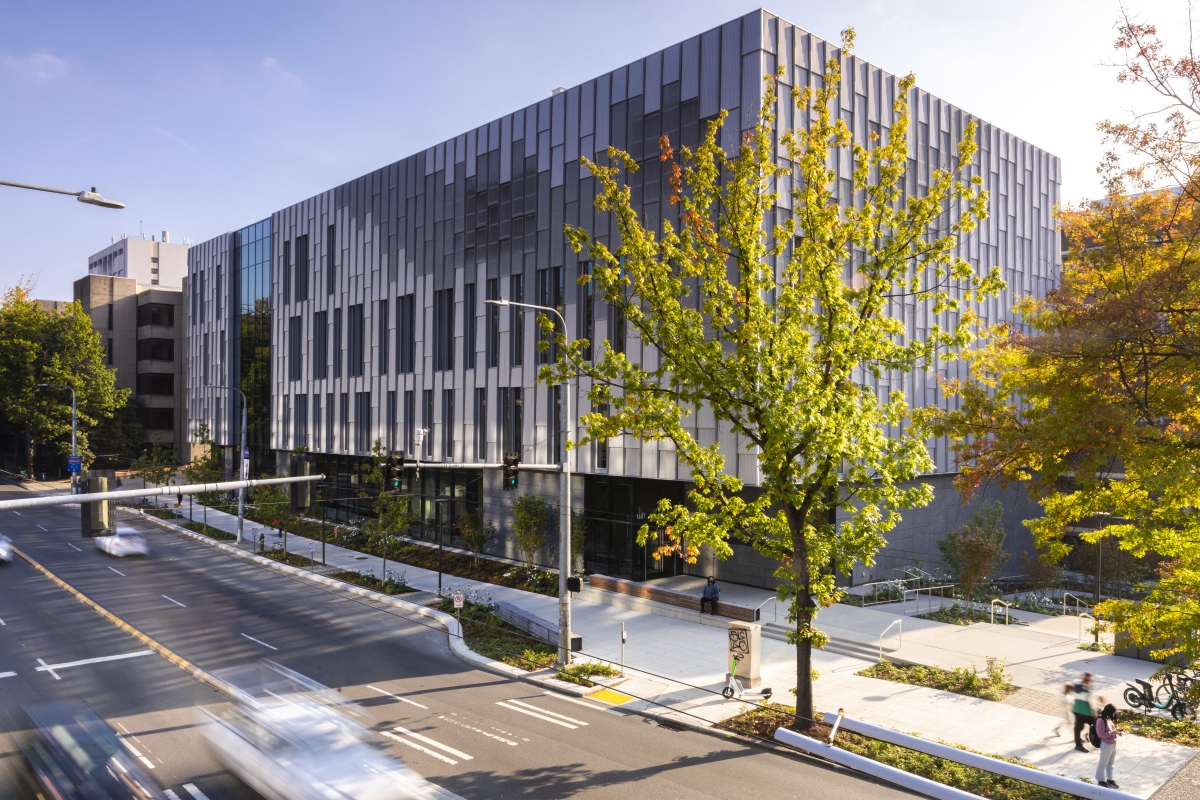 During her tenure, Dean Uehara and the other deans from UW’s six health sciences schools led an ambitious effort to raise public funds for a new health sciences education building on the Seattle campus. This state-ofthe-art facility, which opened in fall 2022, provides a modern learning center that fosters creativity, collaboration and the cultural humility and competence required for an interprofessional practice for students in dentistry, medicine, pharmacy, public health, nursing and social work. The building also provides significant new learning space for the School of Social Work—the first new facility for social work since the 1980s.

The University of Washington is conducting a national search for the next dean of the School. For more information, please see: https://www.washington.edu/provost/leadership-searches/dean-of-the-school-of-social-work/