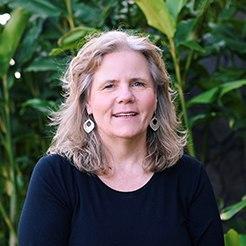 Karen Fredriksen Goldsen, PhD, is Professor and Director of Healthy Generations Hartford Center of Excellence at the University of Washington. Dr. Fredriksen Goldsen is a nationally and internationally recognized scholar addressing equity and the intersections of health disparities, aging, and well-being in resilient at-risk communities. With over 20 years of consecutive external funding, Dr. Fredriksen Goldsen has led many landmark studies and was selected in PBS’s Next Avenue’s inaugural top 50 Influencers in Aging. Characterized as an international leader in aging and longevity research, she is Principal Investigator of multiple federally funded studies with LGBT older adults and their caregivers. Aging with Pride: National Health, Aging, and Sexuality/Gender Study (R01) is the first national longitudinal study of LGBT midlife and older adult health to identify modifiable factors that account for health trajectories in these communities, now in years 10 through 15. Aging with Pride: IDEA (Innovations in Dementia Empowerment and Action) (R01) is the first federally funded study to develop and test interventions for sexual and gender minority older adults with Alzheimer’s disease and related dementias and their care partners.

In addition, she is Principal Investigator of Socially Isolated Older Adults Living with Dementia (P30) which will develop and test interventions for sexual and gender minority older adults with Alzheimer’s disease and related dementias without care partners. She is also Principal Investigator of Sexual and Gender Minority Health Disparities, a national population-based study of the health of sexual and gender minorities of all ages funded by the UW Population Health Initiative’s Research Grant, and she serves as Investigator of Rainbow Ageing: The 1st National Survey of the Health and Well-Being of LGBTI Older Australians, investigating pathways for evidence-based policy and practice initiatives. Dr. Fredriksen Goldsen previously developed the first national study of health and aging of LGBT midlife and older adults, Caring and Aging with Pride (R01). She has also investigated health and well-being across other historically disadvantaged communities, including the impact of HIV on older adults and their caregivers in China and reducing cross-generational risk of cardiovascular disease in a Native American community.

Dr. Fredriksen Goldsen is the author of more than 100 publications in leading journals such as the American Journal for Public Health, The Gerontologist, and Social Work, as well as seven books and special issues, including Families and Work: New Directions in the Twenty-First Century (Oxford University Press), the most comprehensive study to date of caregiving across the lifespan. Dr. Fredriksen Goldsen has provided invitational presentations at U.S. White House conferences, Institute of Medicine, Congressional Briefings, a United Nations conference, and numerous others. Her research has been cited by many leading news sources such as the New York Times, Washington Post, U.S. News & World Report, NBC News, and Forbes, as well as more than 50 international news outlets. Dr. Fredriksen Goldsen was recently selected and filmed for a CNN trailblazers series.

Dr. Fredriksen Goldsen has received many awards for her innovative work advancing aging and health research, practice, and education such as University of Washington Distinguished Teaching Award, Gerontological Society of America’s Maxwell A. Pollack Award for Productive Aging, National Institutes of Health’s Sexual & Gender Minority Distinguished Investigator Award, and the Association of Gerontology Education Career Achievement Award. She is a Fellow of the American Academy of Social Work and Social Welfare and the Gerontological Society of America, and a Hartford Scholar and Mentor. Locally, nationally, and internationally, she provides consultation and training on effectively serving older adults and their families in historically disadvantaged and marginalized communities.

As a previous Associate Dean for Academic Affairs, she provided leadership, strategic direction, and administrative oversight for all academic degree programs, and developed a strategic evaluation and planning process to insure innovative programming and assessment. Dr. Fredriksen Goldsen serves on several editorial and community-based boards and is a member of the UW Faculty Senate. She served as a Commissioner on the national CSWE Commission for Economic Justice and Diversity and as past Co-Chair of the Council on Sexual Orientation and Gender Expression. Dr. Fredriksen Goldsen is the founder of Generations Aging with Pride, GSA Rainbow Research Group, and Shanti/Seattle. She received her Ph.D. in Social Welfare from the University of California at Berkeley.