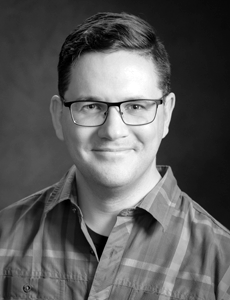 Brett Bass is the Safer Homes, Suicide Aware Program Coordinator.  He joins Forefront after years of volunteering on the Firearms Subcommittee of the Safer Homes task force.  Brett enlisted in the U.S. Marine Corps Reserve in 2006, completing Military Police School in 2007 as the Honor Graduate of his class.  He reported to MWSS-473, Det. A in Fresno, CA shortly thereafter and was mobilized to active duty.  Upon moving to Washington, Brett transferred to H&S Co. 4th LSB out of Ft. Lewis.  He deployed to Latvia with his battalion in 2010, Kuwait (from 2011-2012) and Afghanistan (from 2012-2013) as an individual augment with MARCENT.

After returning to the United States, Brett began his career in the firearms industry after many years of civilian work in private security.  He currently holds Range Safety Officer, Chief Range Safety Officer, pistol instructor, and rifle instructor certifications from the National Rifle Association as well as CPR, AED, & basic first aid instructor certifications from the Health & Safety Institute.  Brett has trained under some of the world’s most respected defensive shooting instructors, including Ken Hackathorn, Larry Vickers, Daryl Holland, John Holschen, Zach Harrison, and David Sanders.  He has trained thousands of students in the safe, responsible, and effective use of firearms.

Additionally, Brett is a volunteer with the Washington Firearms Tragedy Prevention Network.  He lives in southern Snohomish County with his cat, Louisiana (LouLou).