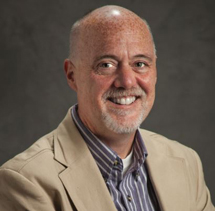 Kevin Haggerty specializes in prevention programs at the community, school and family level. For more than 30 years, he has focused on developing innovative ways to organize the scientific knowledge base for prevention so that parents, communities and schools can better identify, assess and prioritize customized approaches that meet their needs.

He is a principal investigator on a variety of projects, including Utah Communities That Care Training program, Staying Connected with Your Teen, Families Facing the Future (formerly Focus on Families) and a National Institute on Drug Abuse-funded study on Family Connections. He is an investigator of the Community Youth Development Study, which tests the effectiveness of the Communities That Care program.

In addition, he is researching the intersection of biological and environmental risks for drug abuse in a study that focuses on emerging adults. He has also been an active collaborator with other research groups, including Iowa State University’s Partnerships in Prevention Science Institute and Boy’s Town of Omaha, Nebraska.

His interest in the efficient and effective transition of tested programs into real-world settings has led to his involvement as principal investigator in two research grants that focus on adapting the Staying Connected with Your Teen program for use in drug-treatment and foster-care settings.

An expert on substance abuse and delinquency prevention, Dr. Haggerty speaks, conducts trainings, and writes extensively on this field. He has presented papers at many national and international conferences throughout Europe, United Arab Emirates, Australia, Canada and the United States. He has been a board member of the Society for Prevention Research and is a prevention science reviewer for periodicals such as Evaluation and Program Planning and the Journal of Adolescent Health, among others.

Using SMART Design to Identify an Effective and Cost-Beneficial Approach to Preventing Opioid Use Disorder in Justice-Involved Youth
The Young Adult Study
National Training and Development Initiative for Foster and Adoptive Parents
National Training and Development Curriculum for foster and adoptive parents (NTDC)
Pacific Northwest Prevention Technology Transfer Center (NWPTTC)
A randomized controlled trial of Friends of the Children: A long term professional mentoring program for adolescence at risk—impacts at post-test and 2-year follow-up
A Trial of Connecting to Prevent Drug Abuse and Risky Behaviors in Foster Teens
A Randomized Trial of Letting Go and Staying Connected, an Interactive Parenting Intervention to Reduce Risky Behaviors Among Students