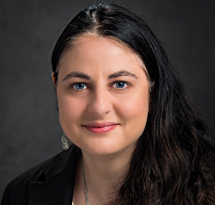 Much of her research focuses on foster care youth, including examining the differences in college retention rates between foster care youth and other low-income first-generation college students, and examining “youth voice” and its impact on child welfare, education and health policy reform.

From 2011–2016, she was an assistant professor of social work at Wayne State University, where she taught both undergraduate and graduate classes. She’s been an evaluator, principal investigator or project coordinator on major studies funded by the U.S. Department of Health and Human Services, Michigan Department of Health and Human Services, W. K. Kellogg Foundation, and McGregor Fund, among others.

Day has received many awards and honors, including a year-long congressional fellowship awarded during the 2016–2017 academic year by the Society for Research on Child Development and the American Association for the Advancement of Science. She was assigned to the office of Congressman Danny K. Davis where she helped develop the congressman’s child welfare and higher education legislative portfolios.